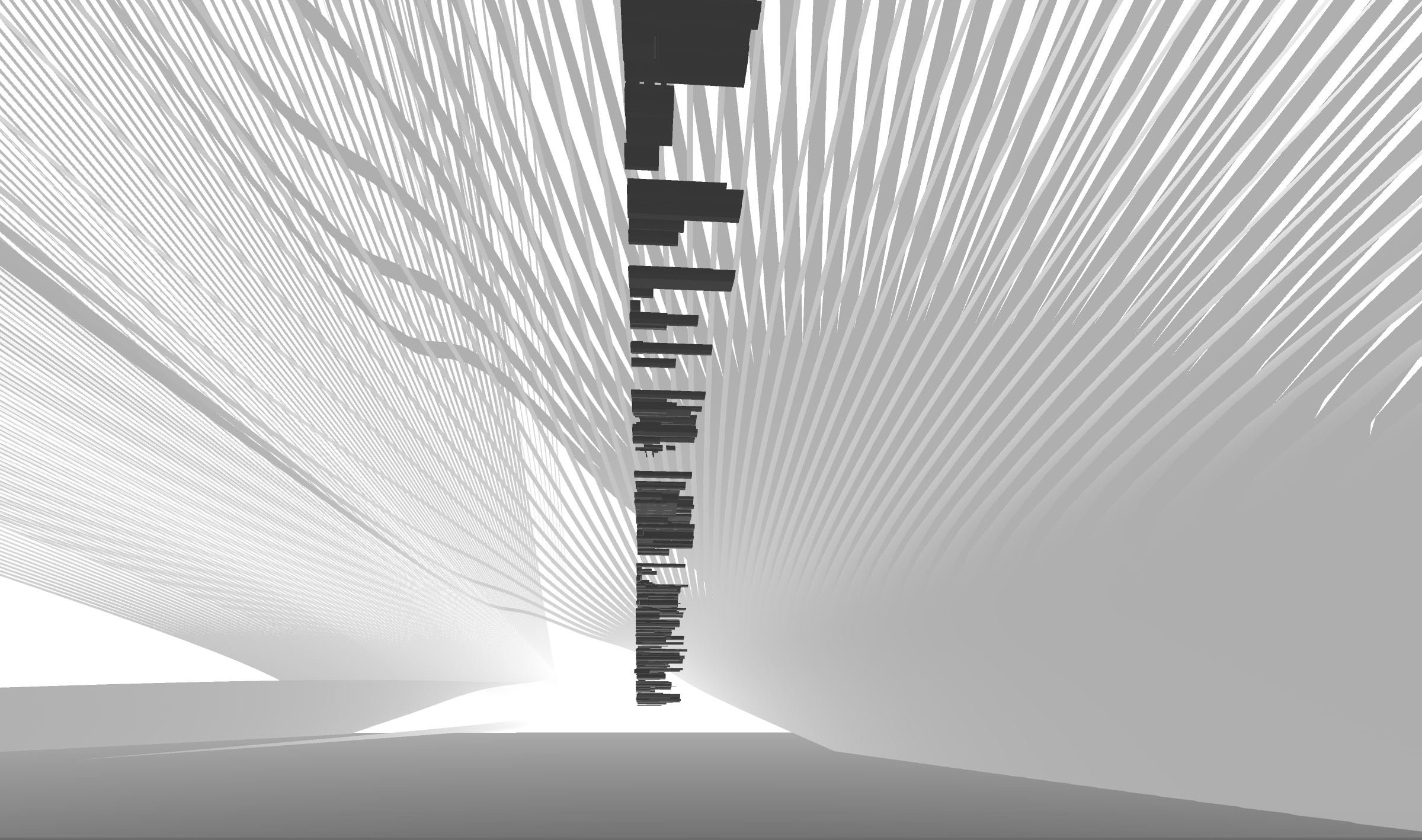 I try to build a space for storing our virtual digital memory. Memory comes from experience, senses, imagination, and information from the real world. The memory will be collected or even transformed into another form that will continue to exist in the digital world. This work explores how our memory will be abstracted, reshaped, and stored in the post-human era, especially as the boundary between real and virtual becomes more and more blurred, and machine intelligence is becoming increasingly out of control.

Based on my own memory, I selected the four cities I lived in during the growth process, Zibo, Beijing, Shanghai, and Los Angeles, to obtain their pictures on the Google map. Especially in my hometown, when I saw the streets and buildings on the Google Satellite Map, some scenes of the past appeared in front of my eyes. So I used StyleGAN2 to transform the city images and combine the information of some slices of the tree root. The generated images are used to generate the 3D model further, and finally construct the digital city scene using Unity.

This is one model generating process: